In 2008 Peter Genier and his wife, Mary Sautter, like so many people before them, fell in love with Hawai’i. The object of their affection was very specific: the rugged, forested Hamakua District of Hawai’i Island where people they met and talked story with had a strong sense of community and practiced a deep love of the land.  Its ranches, farms and small villages immediately felt like home. The next year they bought five acres, part of the original Pa’auilo Ranch, on the east slope of Mauna Kea, Hawai’i’s tallest volcano.

They sold their Vermont farm and 1600-hive apiary, nailed a sign with their names on the tree at the fork in the road, built their solar-powered house and settled into what they envisioned as an active retirement.

But something was missing, especially for Peter, who had worked with bees since he was ten and a half years old. He missed the routines that had dominated the rhythm of most days since 1971:  lighting his smoker to check the hives, gearing up for apple (and later, blueberry and almond) pollination, tasting the pollen and nectar the bees were bringing into the hive, and comparing the start and duration of nectar flows with those of prior years.   Peter also quickly realized that the Big Island’s sheer size and large wild areas of forest and coastal grassland provided the opportunity he always had sought — to produce honey that could be certified organic.

Beginning with eight hives in 2013, Peter once again started another apiary, Hawai’i Harvest Honey, which was certified organic in 2015. By this time Mary had resumed responsibility for sales, marketing and administration and Peter’s son, Arthur, who had been working on the island as a beekeeper, began to help with the bees.  They were joined in 2018 by their old friend and extended family member, Tristan Winpenny, a fellow Vermont beekeeper who had moved to the Big Island with his family shortly after Peter and Mary. This partnership of the two generations of beekeepers is intended to allow a seamless passing of the torch in maintaining all aspects of the apiary operations as Peter and Mary gradually phase out of day-to-day operations in the coming years. 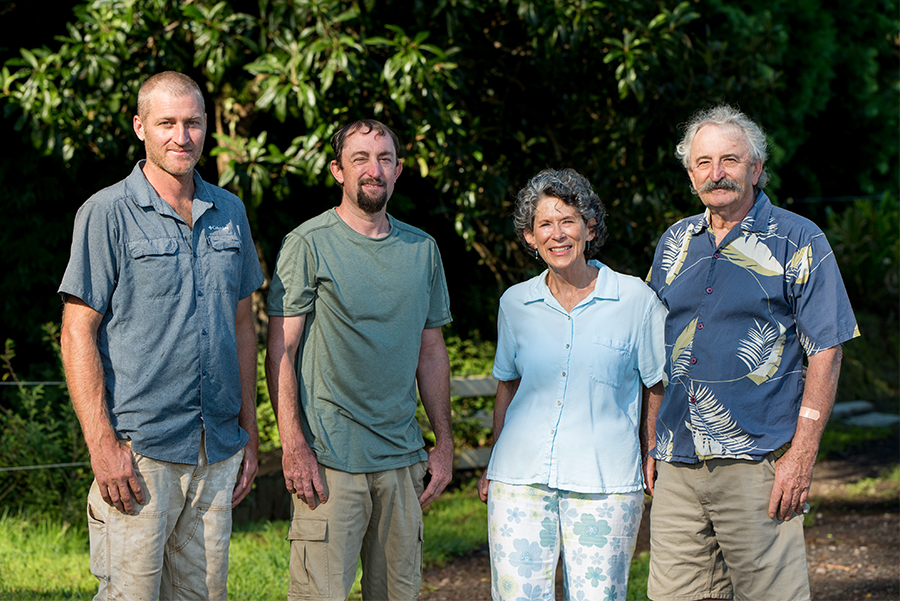 In just a few short years our Hawai’i Harvest Honey ohana (family) has grown. It includes not only our dedicated and hard-working team but also all of our friends on the ranches, farms and homesteads around the island who so kindly share their land and time with us. It’s a privilege to be a part of this island’s farming and ranching community as all of us in Hawai’i work toward a more sustainable lifestyle and food self-sufficiency based on respect for the land and for each other. 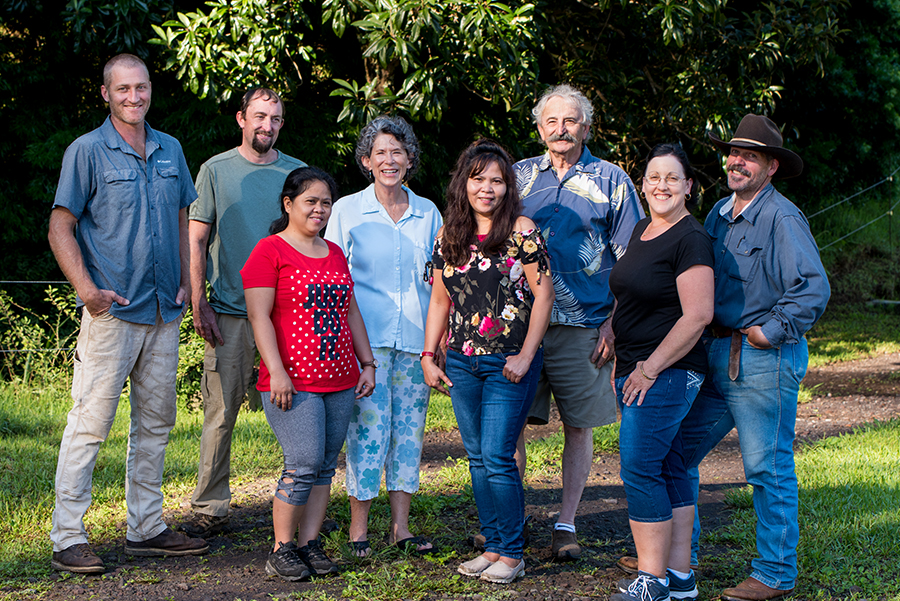